Emil Chechko, a Polish serviceman who fled to Belarus, confessed to killing dozens of migrants. He was allegedly forced to commit a crime by Polish border guards, who threatened the soldier with death if he disobeyed. Why the border guards needed this, Chechko could not explain. Now the man turned for help to the Belarusian organization “Systemic Human Rights Protection” in order to obtain refugee status. 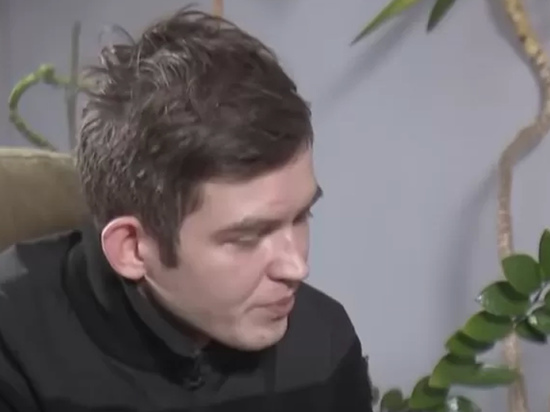 Chechko, 25, fled the Polish army on December 16 and gave an interview to the state television channel Belarus 1 the very next day. “I took off my uniform and without clothes, ran in a roundabout way towards Belarus,” he said on the air. At the same time, Chechko said that Polish soldiers allegedly killed migrants at the border, as well as ordinary volunteers. Now, in an interview with RT TV channel, he admitted that he himself shot more than 10 migrants on the orders of border guards, comparing this process with Hitler's Germany.

Since all human rights organizations in the country have been liquidated, the organization “Systemic Human Rights Protection” under the leadership of Dmitry Belyakov will defend Chechko's interests. Prior to his human rights activities, Belyakov headed the Infospetsnaz propaganda movement. The organization explained to MK that Chechko is now giving testimony at the Investigative Committee. In the case of mass murders, a man is considered as a witness.

In Poland, a criminal case has been opened against the soldier for desertion, according to which he faces up to 10 years in prison. In addition, on the eve of his escape, the man was detained by the military police in the city of Gizhytsko: Chechko was driving a vehicle in a drunken state, and traces of drugs were found in his blood. Many experts associate the soldier's escape from the country with the charges brought against him at home.

MK talked about this with Baltnews editor-in-chief Andrey Starikov.

– If you observe the history without details, which was voiced by a Polish citizen, then we can say that these details are quite symptomatic. The Polish armed forces are really brutal. The Polish political regime is also far from soft and far from democratic, and the Law and Justice party itself is a rather nationalist political force that behaves aggressively towards opponents.

All this is being broadcast on the behavior of the Polish special services and security forces. They are ready to suppress protests as harshly as possible: Poland used psychological pressure against migrants, they poured cold water on people in the cold, and did not let them sleep. Therefore, I admit that a personal factor, a somewhat distorted perception of reality, and army and power tales that always walk in this environment appear in the deserter's story. Of course, he dramatizes, but he denotes the very essence of the Polish government, in my opinion, quite correctly.

For Belarus, of course, the appearance of such a person is a gift. Being in a state of information war with Poland, the Belarusian side exposes the unsightly behavior of the Polish leadership towards refugees. Somewhere it is displayed in an artistic form, but it shows the problem of double standards of the European Union, the problem of inconsistency of the EU's humanistic rhetoric with the real practice faced by refugees in the context of this migration crisis.

– The EU has never publicly condemned either Lithuanians or Poles, since officially accusing them means playing along with Minsk. The European Union will never do this, even if Lithuanians and Poles start ripping off refugees' heads like terrorist organizations. Geopolitics here pushes everything aside, so Brussels will not publicly condemn either Warsaw or Vilnius, but will echo both the Polish and Lithuanian assessments, blaming the Belarusian side for everything.