The Ukrainian crisis has exposed cracks in US ties with its traditional Middle Eastern allies in the Arabian Peninsula. The UAE and Saudi Arabia are pursuing their own interests, while the US is calling for a united front against Russia, analysts say. 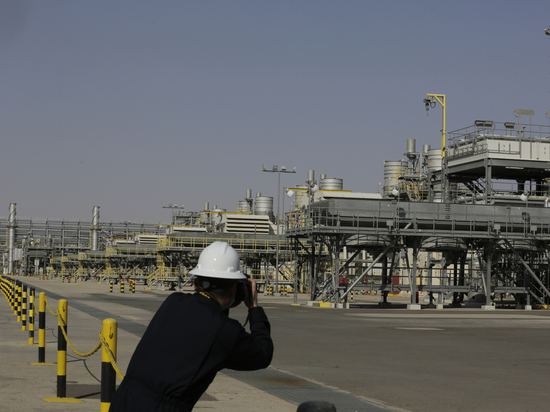 Despite the Biden administration's efforts to forge a global response to the Russian military operation in Ukraine, this conflict has exposed cracks in some of the most prominent United States alliances in the Middle East, especially with the United Arab Emirates (UAE) and Saudi Arabia.

As Al Jazeera notes, the latest manifestation of this apparent division came last week when the UAE hosted Syrian President Bashar al-Assad despite repeated warnings from Washington against normalizing relations with the government in Damascus. It was Assad's first visit to an Arab country since the start of the Syrian civil war in 2011, and comes just weeks after the Syrian president expressed his full support for Russia's actions in Ukraine.

Giorgio Cafiero, CEO of Gulf State Analytics, a Washington-based geopolitical risk consultancy, believes Bashir al-Assad's visit to the UAE shortly after the Gulf Arab nation abstained on a UN Security Council resolution condemning Russia's operation in Ukraine in last month, “tells us that the Emirates is very serious about asserting its autonomy from the United States.”

Abu Dhabi's rejection last month of a U.S.-backed UN Security Council resolution on Ukraine was followed by anonymous media reports alleging that Saudi and Emirates leaders had rejected phone calls from U.S. President Joe Biden. And last week, the Wall Street Journal reported that Saudi Arabia was in talks with China to move away from the US dollar in favor of the yuan for oil deals with Beijing.

The UAE and Saudi Arabia seem to be sending a signal to the US, Christian Coates Ulrichsen, Middle East Fellow at Rice University's Baker Institute for Public Policy, comments to Al Jazeera: “We're going to act in our best interest, not what you think is our best interest.”

Cafiero noted that the UAE does not abandon its relations with the United States, as Washington remains Abu Dhabi's “guarantor of security”. He added that the Emirates have a “very strong position in Washington” especially after the Arab states have taken the lead in efforts to normalize relations with Israel through the so-called “Abraham Accords”.

“The leadership in Abu Dhabi is very confident that they can take steps that will upset Washington, like welcoming Bashar al-Assad to Dubai and Abu Dhabi, without having to pay a big price in terms of his relationship with the US,” Cafiero told Al Jazeera.”

However, Washington has made a rare public criticism of Abu Dhabi in connection with Assad's visit. US State Department spokesman Ned Price told Reuters over the weekend that the US was “deeply disappointed”, calling the Syrian president's trip “an obvious attempt to legitimize” his government.

Abu Dhabi's quest to normalize relations with Bashar al-Assad has been going on for years despite protests from Washington. But the UAE's main grievances with Washington seem to be over Yemen, not Syria.

Missile and drone attacks by Yemeni Houthi rebels on the UAE and Saudi Arabia intensified in January and February, and the Wall Street Journal in its In an article about allegedly rejected calls with Biden, GCC states were concerned about what they see as a “low-key” U.S. response.

The United States sent fighter jets and a guided-missile destroyer to help bolster the Emirati's defenses in the aftermath of the attacks, while US forces in the UAE also said they helped intercept Houthi missiles targeting the airbase.

But the Emirati leadership has pushed the Biden administration to designate the Houthis as a “terrorist” group, which rights groups warn will exacerbate the country's humanitarian crisis. A Saudi-led, U.S.-backed coalition that included the UAE intervened in the conflict in Yemen in 2015 to push back against rebels who had seized large swaths of territory, including the capital Sana'a.

Annelle Shelin, a fellow at the Quincy Institute for Responsible Public Administration, says that despite perceived disappointment from the Gulf states, the Biden administration has supported Riyadh and Abu Dhabi in the fight against the Houthis both in word and in practice. “From my point of view, this notion that the US is not doing enough to support the actions of the Saudis and Emirati in Yemen seems somewhat absurd,” she told Al Jazeera last week. “But I know that, in particular, the UAE wants the US to designate the Houthis as a terrorist organization.”

Despite these contentious issues, the Biden administration has said it intends to maintain and improve relations with its partners in the Persian Gulf .

The Biden administration is almost entirely focused on the Ukraine crisis, with the US and its allies unleashing a torrent of sanctions on the Russian economy, including the country's energy sector. On March 8, Biden announced a ban on imports of oil and gas from Russia, and several European countries pledged to reduce their dependence on energy supplies from Russia. These events caused a sharp rise in gasoline prices in the US and around the world, reminds Al Jazeera.

The United States has been calling for increased oil production to lower prices since last year, a push made even more urgent by Russia's February 24 military operation in Ukraine. and the UAE, said in early March that it would stick to its current production plans.

Christian Coates Ulrichsen said the UAE and Saudi Arabia appear to be acting as if they have leverage over Biden, given the domestic political implications of rising U.S. gasoline prices. He added that the US president's turbulent tenure in the White House – marred by low approval ratings, a chaotic exit from Afghanistan and a failure to pass important laws – could harden Abu Dhabi and Riyadh's stance.

“They may feel weak Ulrichsen says. “And they might think that playing hard can get them more concessions. It could be part of the calculation.”

Cafiero said Biden is trying to avoid a hostile confrontation with Gulf partners as he prioritizes uniting US allies against Russia. “The US is trying to turn more Arab states against Putin, and the United States is trying to work with oil-producing countries like the UAE and Saudi Arabia,” he said. “In this context, the Biden administration does not want a fight with either Abu Dhabi or Riyadh right now.”

Beyond oil production and the crisis in Ukraine, the Democratic presidential administration, which committed to putting human rights at the center of U.S. foreign policy when Biden took office in January 2021, has faced calls to put pressure on Saudi Arabia and the UAE to improve the situation with rights, and end the war in Yemen.

Democrats in Washington have been increasingly critical of ties to Riyadh, especially since the assassination of journalist Jamal Khashoggi in 2018. But last Wednesday, US State Department spokesman Price declined to condemn Saudi Arabia's one-day mass execution of 81 people. Instead, he repeatedly said that the administration “continues to express concerns about fair trial guarantees” to the kingdom.

Ukraine ultimately highlighted the fact that Washington's allies in the Persian Gulf are pursuing their own interests in in a world where the US is no longer the only superpower, says Quincy Institute's Annelle Schelin.

For his part, Cafiero said the US doesn't want its Gulf partners to turn to Russia and China for support. “In an increasingly multipolar world, these Arab Gulf states have great potential to turn to other powers such as China and Russia to gain greater autonomy from the United States,” the expert said. “Officers in Washington understand that trying to put too much pressure on some of these GCC [Gulf Cooperation Council] countries could lead them to find their partnership with Beijing or Moscow more attractive.”