Attempts to isolate Moscow are doomed to failure

As Hegel wrote, history repeats itself twice – as a tragedy and as a farce. We have already seen the tragedy. Exactly one hundred years ago, when a new state, the Soviet Union, emerged from the flames of the Civil War, the West, represented by the colonial powers and the United States that joined them, tried to immediately isolate the USSR, in modern slang, to “cancel” it. 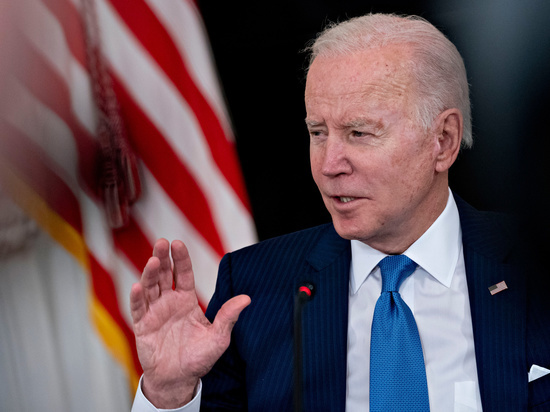 What came of it, we all remember – in a fit of anti-Soviet hysteria, the Entente countries allowed the emergence of the Berlin-Rome-Tokyo Axis. As a result, the lack of unity and solidarity between the anti-fascist forces made the outbreak of World War II inevitable. During this time, faced with a Western boycott, Moscow, on the one hand, actively worked with non-systemic forces in Europe and America, on the other hand, actively developed diplomacy in other areas.

A few decades after its inception, the USSR had a huge and constantly expanding network of alliances with the countries of the so-called “Third World” as the decolonization processes developed, established de facto control over Eastern Europe, acquired political allies and business partners in the “Western bloc”. In the early 1950s, Washington and European capitals were overwhelmed with hysteria about the growing power and approaching “red threat”. The campaign to isolate the Union failed miserably. It was only by a happy coincidence that the ensuing Cold War did not develop into a nuclear one.

Today we see that the countries of the “victorious democracy” have not learned to draw conclusions from their mistakes. As in the situation with the young USSR, the US and its satellites are arrogantly confident in their abilities. On a daily basis, the mantras are repeated that Russia, as a result of the sanctions war declared to it, is unprecedentedly isolated – but it seems that the West is engaged in banal self-hypnosis.

The debates in the UN General Assembly, which Washington initiates with maniacal persistence in order to find confirmation of its own propaganda, give a completely different picture. For example, the countries of Asia and Africa, for the most part, defiantly refused to support the initiative to expel Russia from the UN Human Rights Council – without voting, speaking out “against” or abstaining. And of those who, as they say, saluted, how many sincere supporters of the “abolition of Russia”? Or are their representatives pressing the right button in the face, as Serbian President Aleksandar Vucic explained in detail, with unprecedented and aggressive pressure?

If you look closely, the anti-Russian coalition supposedly put together by Biden is a typical colossus with feet of clay. It is based on coercion, vassalage, lies and propaganda.

Annoyance with the American strategy will inevitably and rapidly grow for several reasons.

Firstly, the yard is no longer the 90s, when there was one full-fledged center of power in the world. For many countries of the former “Third World”, the reference point for many years has been not Washington, but regional powers – the BRICS countries and their partners, who, to the undisguised annoyance of the United States, do not at all seek to march in general formation under the command of the “enlightened” West.

At the moment when mechanisms are created to circumvent secondary sanctions and minimize the costs of non-implementation of American ultimatums – and the corresponding work is in full swing – the regional economic systems, on a signal from Beijing, New Delhi, Pretoria, Brasilia and the OPEC countries, will be able to quickly adjust to even more intensive cooperation with Moscow. And then the need for extra courtesy and listening to lectures by Euro-Atlanticists will quickly disappear.

Secondly, even today the Ukrainian conflict for most developing countries is an uninteresting distant episode, while a large-scale food crisis caused by interruptions in the supply of grain, rising energy prices, and the collapse of supply chains are much more real and tangible problems. As internal tensions intensify due to impoverishment and starvation of the population, the openly promoted by the EU idea of ​​u200bu200bdefeating Russia on the battlefield in a war to the last Ukrainian will look in the eyes of African, Asian and potentially Latin American governments increasingly cynical and out of touch with reality, in which their citizens live and suffer.

Thirdly, and this is perhaps the most important point, that very yesterday's “third world” is well aware of the value of American statements about the struggle for democracy and is well aware of what President Putin means when he speaks of the “empire of lies.” Was it not the United States, together with Europe, who for years supported dictatorships all over the planet, brutally suppressing national liberation movements? Weren't they instigating coups, bloody uprisings and civil wars to achieve their very pragmatic ideological and economic goals? Yes, and interventions with catastrophic consequences, moreover, under falsified pretexts, outside the West suffering from collective Alzheimer's, are remembered by almost everyone. Accordingly, there is little confidence in the American position on the Ukrainian issue among states that have seen the real face of Washington.

Not to mention the fact that the Kyiv regime itself, which at the same time glorified the champions of Nazism and forcibly introduced the so-called liberal European values ​​into a culture based on traditionalism, was definitely not a model for other developing countries. In Africa and Asia, they perfectly understand what the hand of friendship extended by the West is. There are few governments there that have somehow not felt shameless pressure, including sanctions, both on minor issues (such as transgender rights and gay marriage) and in critical areas. In particular, with regard to the fight against terrorism, where US calls for inclusiveness, respect for human rights, and ostentatious humanity betrayed a complete lack of understanding of local specifics and undermined the effectiveness of countering this evil. It is much easier for them to feel solidarity with the “cancelled” Russia than with the semi-legitimate, puppet Ukrainian regime.

Having launched the processes to isolate our country, the West, like a century ago, fell into the thrall of its own illusions. The world is much brighter and more diverse, more pluralistic than it is imagined in the Washington and Brussels offices. The de facto American-European alliance, by imposing a selfish and ignorant game on developing countries, is rather isolating itself. The “cancellation of Russia” is turning into a farce – but a farce with far-reaching consequences. Having staked all their influence in the struggle for the survival of the Ukrainian “anti-Russia” project, the United States and its allies are heading straight for the final loss of hegemony even in those parts of the planet where, due to a misunderstanding, it has been preserved until now. And a line of people who want to fill in the gaps that have arisen is already lining up.