Against the background of attempts by the West to punish Russia because of the situation in Ukraine, not only with total sanctions, but also with global diplomatic isolation  African states largely evade condemning Moscow's actions. 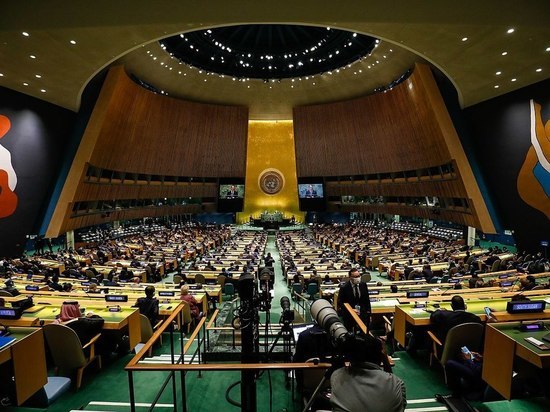 Speaking about the position of African states on the Ukrainian crisis, the Associated Press news agency cites Ugandan President Yoweri Museveni as an example, who recently noted that the Russian conflict with Ukraine should be viewed in the context of Moscow being the “center of gravity” of the Ukrainian crisis. for Eastern Europe. And his son, Lieutenant General Muhuzi Kainerugaba, was more emphatic, saying that most Africans “support Russia's position in Ukraine.” and “Putin is absolutely right.”

As the Associated Press acknowledges, amid a chorus of condemnation of Russian actions in the context of the Ukraine crisis, twenty-five of the 54 African countries abstained or did not vote on the United Nations General Assembly resolution earlier this month condemning Russia.

“Reason? – asks the Associated Press and answers: – Many countries on the continent of 1.3 billion people have long-standing ties and support from Moscow, dating back to the Cold War, when the Soviet Union supported the anti-colonial struggle. In recent years, this relationship has intensified: as US interest in Africa seemed to wane under President Donald Trump's administration, Russia — together with China — has expanded its influence by expanding its economic influence to include everything from agricultural programs to power plants. According to the Stockholm International Peace Research Institute, in 2019 dignitaries from 43 African countries attended the summit with Russia, which has also become a major arms exporter to sub-Saharan Africa.

As the Associated Press notes, these events have not gone unnoticed. Last month, European Union leaders held a long-delayed summit in Brussels to discuss ways to counter Russian and Chinese influence in Africa, while Western military and civilian leaders are concerned about Russia's growing presence in both the African continent and the Middle East, seeing it threatens the security of the West. China is also among the countries that support Moscow.

The Associated Press cites Kenya and Ghana as “an exception to the flood of sympathy flowing through Africa”, which have criticized Russia's actions. “But in other parts of the continent, countries not only refrain from criticism, but seem to be celebrating their alliances with Russia, – The news agency states, mentioning that against the background of the escalation of the conflict in Ukraine, the leaders of the ruling African National Congress party in South Africa attended an event at the Russian diplomatic mission in Cape Town, dedicated to the 30th anniversary of the establishment of diplomatic relations between South Africa and the Russian Federation.

ANC has ties to the Kremlin, dating back to the Soviet Union's diplomatic and military support for the anti-apartheid struggle, which the Western powers did not provide. Some South Africans point out that Russia was not among the colonizers of Africa.

South African President Cyril Ramaphosa said his country refrained from a UN resolution condemning Moscow's actions because it did not call for “significant engagement”; with Russia. “We have seen how over time countries have been invaded, wars have been unleashed over the years, and this has led to devastation,” — Ramaphosa told lawmakers on Thursday, criticizing NATO expansion in Eastern Europe. – And some leaders of some countries were killed. Muammar Gaddafi was killed on our continent (in Libya).

Also abstained from voting in the UN, the Republic of Zimbabwe, neighboring South Africa, which had previously avoided its own sanctions in the UN — on allegations of human rights violations and election corruption — thanks to Russian and Chinese vetoes.

Zimbabwean President Emmerson Mnangagwa called Russia and China “reliable pillars,” referring to the aid they provided in the 1970s struggle against white minority rule in Rhodesia.

Russia has major investments in Zimbabwe, including a multibillion-dollar mining joint venture in the Great Dike region, home to one of the world's largest platinum deposits, according to the Associated Press. Russia is also involved in gold and diamond mining in Zimbabwe.

In Uganda, where the Associated Press claims Russia is helping to maintain military equipment, authorities recently announced the signing of a contract with a Russian firm to install tracking devices on vehicles to fight violent crime. The representative of this East African country in the UN said that Uganda refrained from adopting a General Assembly resolution on Russia in order to protect its neutrality as the next chairman of the Non-Aligned Movement, which consists of 120 member states, which includes almost all African countries. But President Museveni went further, actually meeting with the Russian ambassador as the conflict raged in Ukraine. The leader of Uganda, who has been in power since 1986, criticized the “aggression” West against Africa. Museveni's government has clashed in recent months with the United States and other countries that have expressed concern over last year's controversial elections from a Western perspective and growing allegations of human rights violations. Museveni also accused the West of interfering in domestic affairs, including through pressure to recognize the rights of the LGBT community.

After meeting with Ambassador Museveni, in a tweet, he urged Africans to find what he called the “center of gravity” ;, that is, what he says Russia is for the “Slavic peoples of Eastern Europe.”

According to the Associated Press, this post was later removed, but the president's son, General Kainerugaba, commander of the infantry forces Uganda, was unequivocal in his comments on social media. “Most of humanity (non-white) supports the position of Russia in Ukraine, — he tweeted on February 28. — Putin is absolutely right! When in 1962 the USSR deployed missiles with nuclear warheads in Cuba, the West was ready to blow up the whole world because of this. Now that NATO is doing the same thing, do they expect Russia to do things differently?»