A separate article will not appear in the Criminal Code

The bill on toughening criminal liability for torture is ready for the second reading. A separate article on this topic will not appear in the Criminal Code, but for exceeding official powers or obtaining evidence through beatings and bullying, you can get up to 15 years in prison. Human rights activists believe that this is unlikely to change the situation in colonies and pre-trial detention centers. 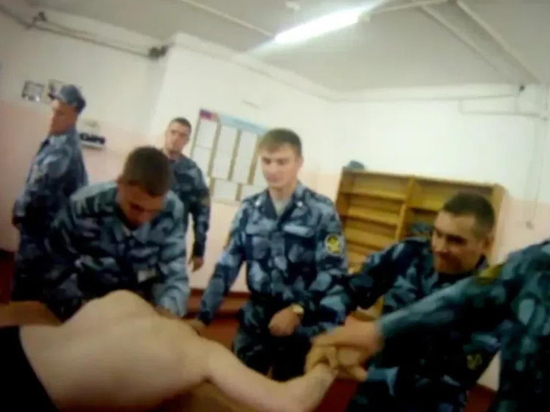 The Duma Committee on State Building and Legislation prepared a bill for the second, decisive reading, which was submitted to parliament at the end of 2021 by senators Andrei Klishas, ​​Vladimir Poletaev and deputy Pavel Krasheninnikov (“ER”) and became a kind of response to scandalous publications about bullying convicts in places of detention.

The USSR ratified the UN Convention against Torture in 1987, Russia, as the successor of the USSR, participates in it. The UN Committee against Torture, where representatives of the Russian Federation report on the fulfillment of their obligations, has repeatedly noted that it is objectively impossible to assess the situation in the country, also because there is no separate “torture” article in the Russian Criminal Code. For what is usually considered torture, you can now be convicted on three counts. One of them is 117 (“Torture”), where torture is only one of the possible aggravating circumstances: for the use of physical and mental violence “in order to compel one to give testimony or other actions,” she promises from 3 to 7 years in prison. The note to this article reveals the concept of “torture”. But sadistic law enforcement officers are usually tried for “abuse of power” (Article 286 of the Criminal Code, from 3 to 10 years in prison) or for coercion to testify (Article 302 of the Criminal Code, from 2 to 8 years in prison). At the same time, there is not a word about torture in Article 286, and for the same part, for example, they are convicted both for exceeding their powers with the use of weapons and for exceeding their powers with the use of violence and bullying, and in criminal statistics we see only one common number. As for coercion to testify, here torture is mentioned as an aggravating circumstance, but over the past five years there has not been a single sentence under this article of the Criminal Code …

What will happen when the bill becomes law?

There will never be a separate “torture” article in the Criminal Code, and torture will become a purely malfeasance.

It is mentioned in the article that about abuse of power, a note explaining that it is considered torture will also migrate there. The wording will be as close as possible to that contained in the UN Convention: “any act (inaction) by which severe pain or suffering, physical or moral, is intentionally inflicted on any person in order to obtain information or confession from him or from a third party, to punish him for an act that he or a third person has committed or of which he is suspected, as well as to intimidate or coerce him or a third person, or for any reason based on discrimination of any kind.”

The word “inaction” appeared in the text for the second reading: when discussing the bill in the first reading, many deputies said that failure to provide the necessary medical assistance to a person in a pre-trial detention center or colony can be torture …

According to the article of the Criminal Code that coercion to testify, they will bring to justice not only investigators or interrogators, as they are now, but also “other law enforcement officers”, that is, prosecutors, policemen, Russian guardsmen, and employees of the Federal Penitentiary Service.

Punishment for torture in both articles is from 4 to 12 years in prison. For the second reading, at the suggestion of United Russia, it was separately prescribed: if torture led to serious consequences for health or to death “through negligence”, the sadist will face 8 to 15 years in prison.

In criminal statistics, sentences for these malfeasances will be counted separately.

Both articles become especially serious, the statute of limitations for them will increase to 15 years, which is important, since many victims do not risk or are deprived of the opportunity to complain during imprisonment. The idea of ​​deputies from the New People faction to abolish the statute of limitations for such crimes was not supported by the profile committee.

The official response of the Supreme Court to the initial version of the bill said that in practice it is not the officials themselves who torture in colonies and pre-trial detention centers, but convicts – “activists” who collaborate with the administration, or extortionists, you cannot bring them to justice under the articles on malfeasance. And the exclusion from Article 117 (“Torture”) of the mention of torture “may seriously weaken the opposition to crimes” of this kind. But the amendments of the deputies and the Supreme Court, which proposed to leave torture here as an aggravating circumstance, were rejected. The first deputy head of the Committee on State Building and Legislation, Irina Pankina (ER), in a conversation with MK, explained that instead of the words “with the use of torture”, a more general sign “with special cruelty, mockery or torment for the victim” will appear in the article about torture, which is designed, among other things, for “activists” in colonies who torture their cellmates.” “And the leadership of the colonies, if complicity is established, will be prosecuted according to special rules,” said the deputy.

Eva Merkacheva, a member of the Council for the Development of Civil Society and Human Rights under the President of the Russian Federation, in a conversation with MK ” admitted that most of the comments of human rights activists to the original text were not taken into account and the amendments to the Criminal Code were “cosmetic”. “I think the situation will not change in principle. Unless the authorities demonstrate that they are dealing with the problem, and this is good,” she said.