The recent leader of the Socialist Party of Ukraine (banned in Ukraine at the behest of Zelensky) Ilya Kiva reacted to Johnson's departure from the post of British Prime Minister with a gloomy forecast. Kiva admits that preparations for a coup d'état will be speeded up, as a result of which Zelensky will, at best, flee to London (where his family has expensive real estate), and at worst, be eliminated. 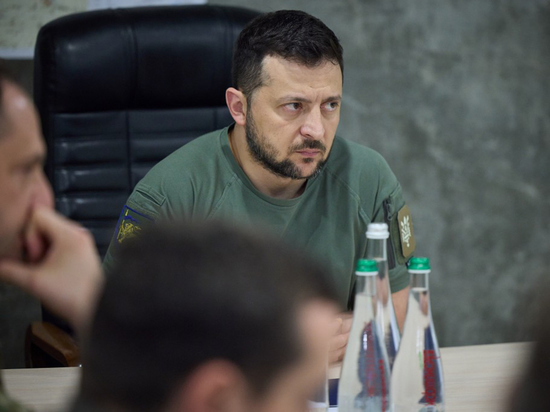 The revelations of the ex-deputy of the Verkhovna Rada could seem like simple bravado in order to show the Kremlin the degree of awareness in the “Kyiv layouts”. If not for the feverish “measures” of the President's Office to artificially stretch Zelensky's rating. His internal opponents these days are accusing him of the actual loss of another region in the East – the Luhansk region. And, of course, the economic problems in the country.

First, a few economic “pictures”. In Ukraine, a “brute force” of ownerless metal has now been discovered in the form of completely disabled military equipment. Reception points charge him 2 hryvnias per kilo (4 rubles 34 kopecks). Such a bargain price has not been observed since the beginning of the 2000s, and then the hryvnia exchange rate against the dollar was almost five times higher than it is now. The seaports through which rolled metal was transported abroad are either blocked or mined. First of all, the Ukrainian poor suffer from this, who are used to digging up rusted pieces of iron and dragging the booty to the collection points that have proliferated everywhere.

Some of these vagabonds joined the ranks of petty criminals. Since more than a quarter of its inhabitants left Ukraine with the beginning of the SVO, their apartments and private houses quickly turned into an object of unhealthy interest of burglars.

Despite the middle of summer, both the poorest and middle-income people are unanimously thinking about how to survive another winter. It, in view of the deplorable state of affairs in the Ukrainian energy sector, promises to be difficult. Last week, the government of Ukraine “pleased” the people with the news about a temporary revision of the usual temperature standards. From now on, the temperature in the room +16 will not be considered shameful. The Ukrainian Cabinet of Ministers does not specify how to ensure the temperature regime in rooms with small children under these conditions…

Products continue to rise in price. Ukrainian scientist-economist, rector of the International Institute of Business Alexander Savchenko, is convinced that Kyiv should try to end the confrontation with Russia within the next 100 days at most.

– Gross external product in Ukraine in the period from February 24 to the present day fell by 50% – recalls Professor Savchenko. – The following picture emerges: citizens of Ukraine have lost 25 percent of their income and continue to lose because of high prices, and about 30 percent of the population have lost their jobs. It is extremely difficult to get registered at the “labor exchange” with us, that is, the opportunity to receive at least a minimum income is negligible. For small businesses, incomes have dropped significantly. On average, their fall is 50%. Of course, there are lucky people who managed to get jobs in some state-owned companies, their incomes even increased: the companies used to receive millions, but now they have tens of millions. However, we must remember about those whose incomes have decreased, and for whom the prices of the most necessary things for everyday life have increased. Of course, they have a certain margin of stamina. They will be able to withstand several months of adversity. But a few years – definitely not.

Kyiv TV channels are constantly talking about the alleged possibility of “forced confiscation” of Russian foreign assets with their subsequent redirection to the needs of the Ukrainian economy. For example, the governments of Canada and Great Britain have already announced their readiness to play the role of Robin Hood. According to Alexander Savchenko, with all due respect to the position of Justin Trudeau and Boris Johnson (the heads of government of Canada and the United Kingdom – author), in both states there is not much Russian money and assets, about a billion dollars. But in the US and EU countries, Russia owns hundreds of billions.

With the departure of Johnson, with whom Zelensky had secret agreements, a real threat loomed over the President of Ukraine. The West is transferring modern weapons to Ukraine “personally” to the Commander-in-Chief of the Armed Forces of Ukraine Zaluzhny, and not Zelensky. Valery Zaluzhny, as a potential rival of Zelensky in the 2024 elections, already today looks more dangerous than Poroshenko. Speaking about a possible coup d'état, ex-deputy of the Verkhovna Rada Kiva had in mind Zaluzhny as its organizer. As for the notorious masses of the people, in view of the conditions of existence “under Zelensky” listed above, they are unlikely to oppose changes in the government quarter of Kyiv.