The Basmanny Court of Moscow arrested the 48-year-old ex-deputy head of the Ministry of Emergency Situations of Russia Andrey Gurovich on charges of abuse of office. This was reported on July 13 by RIA Novosti. Gurovich will remain in custody until September 11. 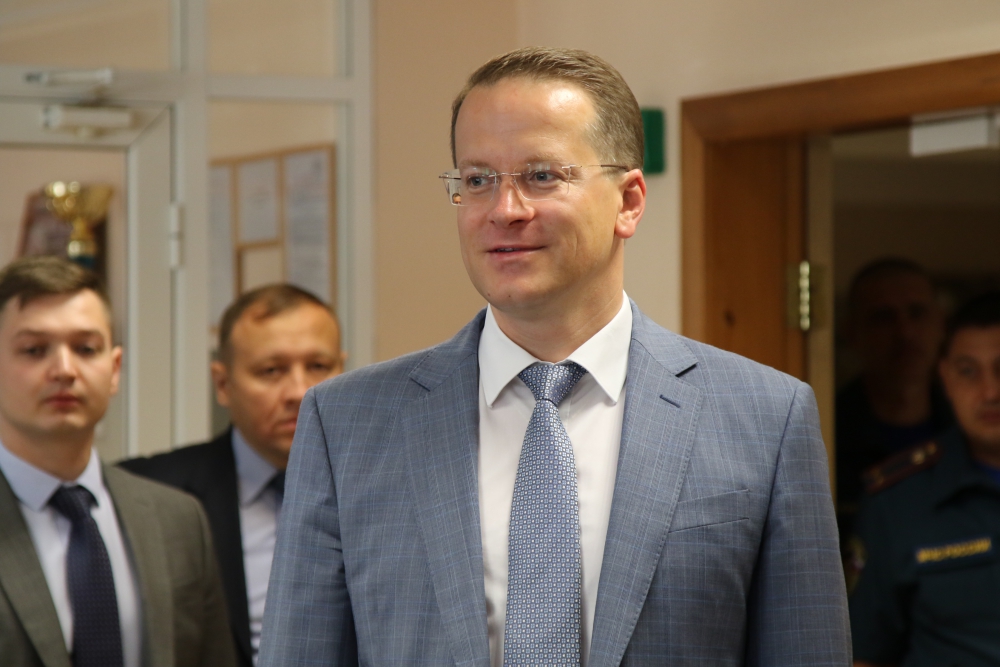 Andrey Gurovich. Photo: press service of the Ministry of Emergency Situations of the Russian Federation

What is Gurovich charged with?

According to investigators, in 2020, as deputy head of the rescue department, Gurovich organized the allocation of more than 969 million rubles from the federal budget for the construction of a mobile field hospital to treat patients from coronavirus in the Murmansk region. The hospital was actually built, but it never accepted a single patient, and was soon dismantled altogether.

The investigation found that the facility was erected with violations. In particular, when choosing building materials, “the climatic conditions of the region were not taken into account.”

According to the FAN agency, a hospital with 700 beds was built from materials KM5 —  of the highest class of fire danger.

The Investigative Committee of the Russian Federation notes that Gurovich committed an malfeasance. The damage to the budget of the Murmansk region is estimated at 323 million rubles.

“Gurovich, who was entrusted with the responsibility of monitoring the spending of allocated budget funds, realizing that the goals of deploying the hospital were not achieved, did not take measures for the effective use of budget funds, as a result of which the budget of the Murmansk region suffered damage in the amount of more than 323 million rubles” ;, — stated in the official statement of the department.

Former Deputy Minister of the Russian Federation for Civil Defense, Emergencies and Disaster Relief (MES) Andrey Gurovich (right), accused of abuse of power during the construction of a covid hospital, in the Basmanny District Court of Moscow. Photo: RIA Novosti/Anton Denisov

What threatens Gurovich and does he admit his guilt?

A criminal case against the ex-deputy head of the Ministry of Emergency Situations of Russia was initiated under Article 286 of the Criminal Code of the Russian Federation (clause «c» part 3) — exceeding official powers, which entailed grave consequences. He faces up to 10 years in prison.

Gurovich denies his guilt. His defense insists that the mobile hospital was used during the pandemic for its intended purpose and there were no serious claims against Gurovich “neither in the Ministry of Emergency Situations, nor from the authorities of the Murmansk region,” writes “Kommersant”. According to the source of the publication, the lawyers intend to appeal the arrest of their client, as well as the very decision to initiate a criminal case, as they consider it unreasonable and illegal.

What is known about Andrei Gurovich?

Andrey Mikhailovich Gurovich was appointed to the post of Deputy Head of the Ministry of Emergency Situations of Russia in June 2018. Prior to that, he held responsible positions in federal structures. In particular, he headed the Department of the Federal Treasury of Moscow (appointed in 2015), since 2006 he worked in the Federal Migration Service (working from adviser to the director on economic issues to head of the Logistics Department of the Federal Migration Service of the Russian Federation), and also from 2001 to 2006 &mdash ; Assistant to the Chairman of the Security Committee of the State Duma of the Federal Assembly of the Russian Federation.