Multipurpose nuclear submarine (NPS) of project 885M “Krasnoyarsk”, being built at the shipyard “Sevmash” in Severodvinsk, for the first time entered the factory sea trials in the White Sea. At sea, the operation of on-board equipment will be checked, its seaworthiness and operational qualities will be determined for compliance with the design characteristics of the ship.

After sea trials, “Krasnoyarsk” waiting for state tests with a practical test of all weapons systems of the submarine. According to the plans of the Ministry of Defense, it will be accepted into the fleet at the end of 2022 — after completion of all tests, it will be transferred to the Pacific Fleet. 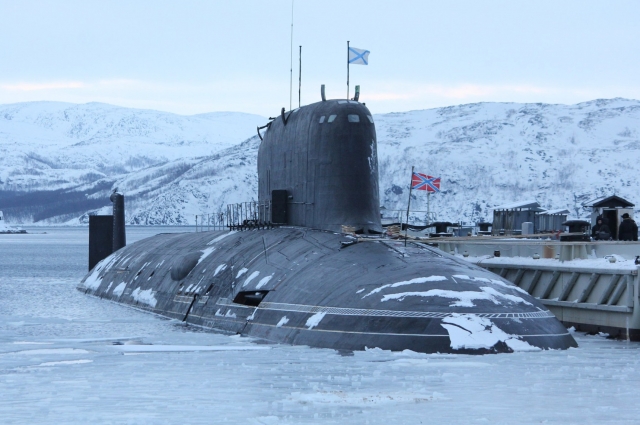 “Krasnoyarsk” became the second submarine of the improved project 885M (“Ash-M”). The submarine was laid down in 2014 and launched on July 30, 2021. Nuclear icebreaker “Krasnoyarsk” built according to the improved design. Project 885M nuclear submarines were developed by the St. Petersburg Marine Engineering Bureau Malachite. «Ash» were created to replace the Soviet multi-purpose boats “Pike-B” and “Antey”, which now remain the basis of the Russian submarine forces (the lost “Kursk” was built exactly according to the “Antey” project).

The nuclear submarines Yasen-M, to which Krasnoyarsk belongs, belong to the fourth generation submarines and are distinguished by a smaller displacement, improved on-board equipment, geometry and a new anti-sonar hull coating, which reduces the submarine's hydroacoustic visibility. These are multi-purpose boats designed to destroy both underwater and surface targets.

With a length of 120 meters and a width of 13 meters, the displacement is 13.8 thousand tons. She travels at 16 knots above water and 28 to 31 knots underwater. Maximum immersion depth — 480 meters. The submarines of this series differ from their predecessors in low noise and versatility — they have a very small crew for such a boat — 64 people. Autonomy — 100 days.

Initially, multi-purpose nuclear submarines had narrow tasks, they were intended to protect “strategists”; and attacks by carrier groups. But with the advent of universal cruise missiles such as the Caliber and “Zircon”, the tasks of multi-purpose boats have expanded significantly — now they can hit any ground targets. According to experts, the project «Ash» was created specifically to provide strategic nuclear submarines of the “Borey” type. «Ash» there will be eight, not counting the lead ship, — as many as there will be Boreev.

«Ash» use universal launchers designed for various projects of submarines and surface ships and missiles. The main weapons of the submarines of this series are Caliber cruise missiles. and “Onyx”, and they can also be armed with the most modern hypersonic missiles “Zirkon”.

Basic project 885 “Ash” started in the 1980s. It was planned to build a series of 30 nuclear attack submarines according to it, but in the end only one appeared: Severodvinsk, commissioned back in 2014 (construction began in 1993). During the construction of “Severodvinsk” significantly outdated, nevertheless, it is currently part of the 11th division of submarines of the Northern Fleet.

It was decided to rework the project to the level of “Ash-M”, and the nuclear submarine K-561 was built on it “Kazan”. The submarine was launched in 2017 and accepted into the fleet in May of this year. Like the rest of the lead ships, “Kazan” traditionally not considered serial, because new production technologies are being developed on the submarine. At the end of last year, on December 21, in Severodvinsk, Arkhangelsk region, the ceremony of handing over to the Russian Navy of the first serial submarine of project 885M — “Novosibirsk”.

In total, it is planned to build nine submarines of this class. To date, at Sevmash Six Project 885M Yasen-M submarines are at different stages of construction, the last two were laid down last year.