In the team of the president of Nezalezhnaya, they took up hat-throwing

The top leadership of Ukraine finally got out of the state of psychological shock caused by the start of the Russian special operation. The mood of triumphalism and hatred reigns in the political circles of Kyiv. 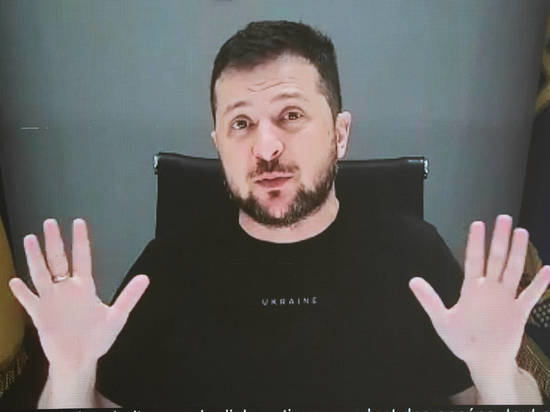 This conclusion is very hard to believe. But it is the only one that can be made as a result of the following policy statement by Deputy Prime Minister of Ukraine Olha Stefanyshina: “If Ukraine was offered a MAP (action plan for obtaining NATO membership. – “MK”) before February 24, we would be as satisfied as possible with this decision, we are happy… Today, the proposal of a MAP within the framework of NATO will be tantamount to the decision of the Bucharest summit in 2008… That is, only membership.”

To loudly declare that “only membership will suit us” and to receive this same membership are not quite the same thing. The difference in this case is as great as the difference between the ringing of gold coins and the actual gold coins.

They won't take Ukraine into NATO now. The number of politicians and even entire countries whose brakes have failed is growing in the Western camp with each new month of 2022. However, to such a degree of madness – Ukraine's membership in NATO in the current geopolitical realities is tantamount to a full-scale armed conflict between NATO and Russia – everything has not reached and, I hope, will not reach.

But this does not make Olga Stefanishina's statement less politically significant. Giving up the desire to seek NATO membership is the “concession to Russia” that official Kyiv was ready to make at the turn of February and March of this year. Why did I put this phrase in quotation marks? Because in exchange for claims to membership in the alliance, the Zelensky regime wanted to receive firm “security guarantees” from the West. Like, if Russia again wants to conduct a special operation against us, then you should no longer stand aside and get off with sanctions and arms supplies.

In fact, this is the same fifth article of the NATO charter on collective defense, only under a different name. In other words, Zelensky offered Moscow a donut hole, a fig leaf, and presented it as a “significant political concession.” But now in Kyiv they clearly feel that now there is no need even for a fig leaf – everything is going quite well anyway.

How can “things go well enough” in a country that is raging full-scale fighting? In order to answer this question, we need to get into the minds of the Kyiv elite, to understand how they think.

A few weeks ago a political scandal erupted in Berlin. Critics began to actively peck at the Minister of Internal Affairs of Germany for a photo where she was captured smiling on the street and a glass of champagne in her hands on the balcony of the German embassy in Kyiv in the company of the mayor of the Ukrainian capital Vitali Klitschko. The photo was considered inappropriate – like, against the backdrop of the tragedy, you can’t smile and drink champagne. This scandal itself is not worth a damn. But it is very revealing in terms of the atmosphere in which the Ukrainian elite lives.

Shooting in Vogue magazine for the President and First Lady… As it turned out recently, the most likely future Prime Minister of Great Britain, Liz Truss, is eager to get into the pages of this publication. But she, most likely, will not be lucky: she did not leave the status. But Zelensky’s status, on the contrary, is now all right. And now everything is still in order with the lifestyle of the Ukrainian elite.

Moscow's threats to start attacking Kyiv's “decision-making centers” remain threats so far. There is champagne. With whom to drink it, there are also no problems: Western VIPs go to Kyiv in one continuous stream.

Yes, a completely different life is going on a few hours away from Kyiv. Well, what of it? The Ukrainian elite has always been distinguished by its increased tolerance for the suffering of its own population. Remember, for example, with what ease and ruthlessness the population of Donbass was declared “foreign” and “cut off a slice.” Now the same logic applies to the population of other territories that were in the war zone.

And please don't think that in the previous paragraph I am handing out emotionally charged assessments and trying to shame someone. I'm just stating the facts: Ukraine is in pain, the Ukrainian elite is not.

The destruction of the country, its economy, its infrastructure at the moment is not transforming into pressure on the state leadership in order to force it to end hostilities as soon as possible. And, as a result, the state leadership of Ukraine feels quite comfortable. Hence the statement of Deputy Prime Minister Stefanishina, with which I began this text. What difference does it make that no one is offering NATO membership to Kyiv now! It doesn't matter! The important thing is that you can take a proud pose and loudly declare: we want – and that's it! They won't agree to anything less!

And you can't say that the Kyiv bosses live in an imaginary world. Their world (or little world, if someone still yearns for emotionally charged epithets) is also quite real – no less real than the world in which a significant part of the ordinary population of Ukraine lives. These worlds are like vessels that are nearby, but do not communicate. I'm pointing this out. It is impossible to complete this text with a “beautiful morality” or a “deep analytical conclusion”. Let everyone draw their own conclusions.